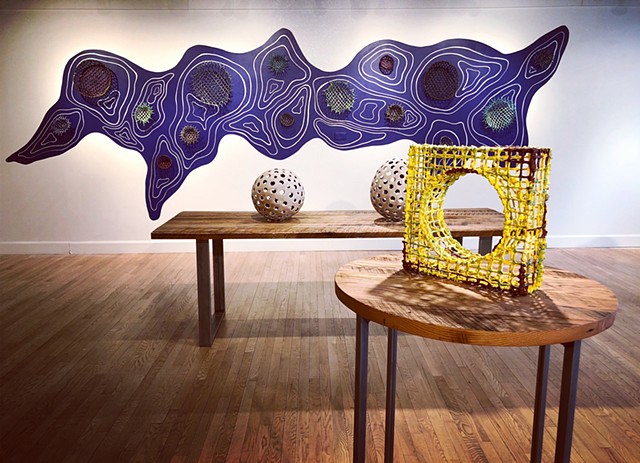 May 27 - August 22, 2016: Made In The Desert “Made in the Desert,” featuring artists from Arizona and New Mexico (and maybe the Texas border), will include contemporary crafts featuring the use of alternative materials in jewelry, weaving, ceramics and neon... Form & Concept, Santa Fe, NM

May 8 - July 24, 2016: Radical Seafaring Radical Seafaring is a multidisciplinary exhibition, publication, and program initiative. Under the direction of Andrea Grover, Century Arts Foundation Curator of Special Projects, the exhibition features twenty-five artists with works that range from artist-made vessels, to documentation of creative expeditions, to speculative designs for alternative communities on the water. The Parish Art Museum, Southampton, NY

The Maker's Tag by Courtney M. Leonard...Published in Studio Potter